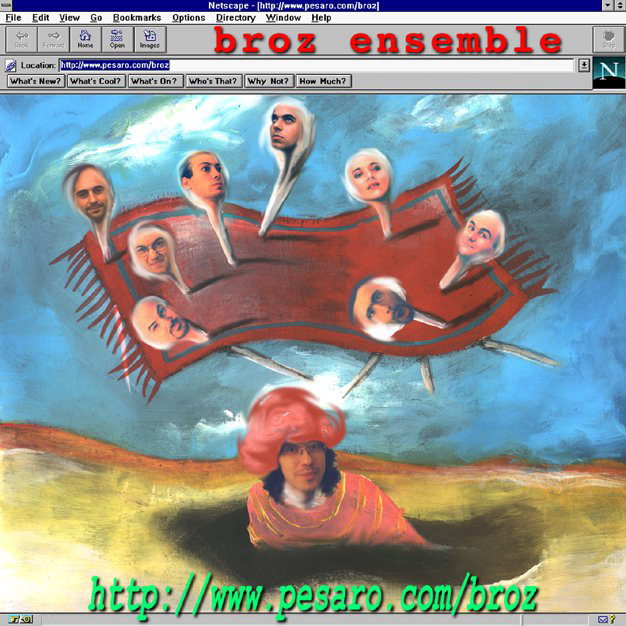 The Broz Ensemble, founded by Mario Mariani in 1992, active until 1998, refers to a Virus-God (called in an onomatopoeic way”Broz”) who roams the electronic circuitry and infests any type of system, including human beings. The CD released in 1996 contains 11 tracks sung in Italian, English, German and Japanese. It’s worth mentioning the guitar solo by Paul Chain in “Pianist 9 from outer space.”

Zappa reminiscences, humor à la Gong, orchestral arrangements are the main elements of this band which has performed successfully in international festivals like FIMU (France) and in 1998 at the Rossini Opera Festival (Italy) by supporting the teen opera “Isabella” by the Italian composer Azio Corghi.